I woke at first light. Although if I tell the whole story, I woke many times before that, as the wind raked across the ridge, tugging at my quilt. At one point, I unfurled my tent and wrapped it around me, less for warmth than to act as a fastener to keep my quilt pulled snugly around my body. Still, I slept poorly, as the silnylon tent fabric flapped in the strong gusts. Each time I woke, I marked time by the big dipper’s location along its silent arc across the sky.

When the wind woke me for the last time, the big dipper was invisible in the lightening sky. I sat up, still draped in my quilt, in time to watch the sun crest the mountains across the valley. I made tea as the first warm rays washed over the Combs Peak chaparral.

From the sound of subdued voices and the clink of titanium pots, I gathered that my fellow hikers who had left Mike’s place in favor of a campsite in the hills were awake too.

We set off in groups of one and two, along an exposed section of trail leading away from the peak. Our next good water source was a full fourteen miles away, so I paced my consumption and cursed my heavy load.

Around 10am I found a shady patch of sand where I sat, stretched my sore legs, and ate a cinnamon raisin bagel, before shouldering my pack once more (I need to get rid of some gear…).

I had just resigned myself to another seven miles of hot walking when I rounded a bend in the trail and found a group of about 10 hikers huddled in the shade of a pickup truck. They motioned for me to come over, and when I did, I discovered trail magic: cold gatorade, water, and beer, as well as bags of oranges, cucumbers, and chocolate. A PCT hiker (trail name Rypod, “because his name is Ryan and he carried a tripod on his hike”) had driven these marvelous treats out to the trail on a dirt road just to surprise hikers traversing this hot, exposed section.

I sat in the dirt with the others, savoring a hunk of fresh cucumber. Rypod spotted Splinter, whom he met during his hike last year, and ran to meet him. They embraced and immediately began trading stories about their lives since their last meeting and asking about mutual friends: “Did you hear he finished early?? Like in August!”

After about half an hour, I readied myself for the hot hiking ahead and thanked Rypod for his generosity. I set off into the noon sun, full of gatorade and gratitude.

As I hiked, the scrap of foam that I had wedged between my lower back and my pack that morning eased the hip pain that had plagued me the day before. But two other sorenesses appeared as I walked on toward Guzzler cistern.

The first is a pain in the outside of my thigh that I believe to be associated with my iliotibial (IT) band. The pain first appeared in March when I went for a long, hilly trail run with my friend Michael. Since then, the pain has returned whenever I have run or hiked downhill for an extended period of time. Today’s 3000’ descent from Combs Peak fit the bill.

The second pain is somewhat more troubling. It is a twinge in the outside of my lower calf, eerily similar to the beginnings of the pain that sidelined me from my first hike. The peroneal muscles in that area of the leg are recruited heavily when balancing on one foot. Carrying a loaded pack down a rocky trail one step at a time is a prescription for pain due to overuse.

Climbing out of Nance Canyon, these pains consumed my thoughts. I have been hiking alone, and with no one to talk to or to share comments about the scenery with, my mind falls into patterns similar to this:

1. My (insert body part here) hurts when I hike.

2. Last time I tried this hike, part of my body hurt, too.

3. Last time I tried this hike, I failed because part of my body hurt.

I spread out my groundcloth in a sandy wash during the hottest part of the day, hoping to rest in the shade and get my pessimistic thoughts under control. Over the next couple hours, I fell asleep repeatedly only to be awakened by passing hikers I’d seen at Mike’s the previous day.

They recognized me immediately as someone who picked up the trail north of Mexico. “You look too clean,” one of them said as I introduced myself. That part I can take care of.

The different starting point is not something I can change. It is a fact of my hike. I chose not to rehike the southernmost section because it was not my favorite part of the trail and because I had to work until the end of April, making for a relatively late start date for hiking from the border.

As we hike longer distances, a 100 mile difference will seem less important, but it will always separate me from true thru hikers.

As I watched the parade of thru hikers from my siesta shade patch, I thought about how fast and self-assured they all looked. And I thought about how insular their group seemed. When I packed up my things to hike to Trail Angel Mary’s hiker oasis (which I only learned about from a passing hiker!), I was hurting physically and emotionally. I wondered why I was out here trying to push myself through something my body clearly did not enjoy when I couldn’t even make friends who were doing the same thing.

It was in this state of mind that I passed a hiker, T-Pain, sitting by the side of the trail. “Are you thru hiking?” he asked me. Not wanting to explain the details of my starting point, and loathing the tone of skepticism I thought I detected in his voice, I simply said, “Trying to.”

I walked on, in pain, and with poisonous thoughts roiling in my mind.

Trail Angel Mary is a former English Literature professor, and according to her notes at the hiker oasis, each year she chooses a new theme for the oasis on her property.

This year, the theme is Brooklyn Ferry, a reference to a Walt Whitman poem by the same name. Copies of Brooklyn Ferry, as well as other poems by Whitman, were printed on individual sheets of paper and left in a handmade cabinet near the picnic tables, along with several books and a sign reading, “Books you don’t need in a place you can’t find.”

The trail register at Mary’s hiker oasis began with a note about Brooklyn Ferry and the connection the narrator felt with generations of ferry-goers, past and future. The note ended with a request that signatories describe a place that held significance for them, “Because of people who have passed by or who will pass by.”

At the hiker oasis, I felt awkward and out of place. Hikers sat at two picnic tables under a cloth canopy, and tents were set up nearby in tight clusters.

I pitched my tent in a sandy slot between two trees and then debated silently whether to cook by myself or to try to introduce myself to a group of hikers who were already cooking dinner together. I picked up my pot and food and started towards the group, but got nervous and turned back around after a few steps. They were all laughing together about a shared joke. I would just be an uncomfortable addition to their tight group.

As I walked back towards my tent, a hiker named Laura introduced herself on her way back from the water tank. “Have you been hiking with this group? I haven’t seen you before.”

I explained my circumstances and told her I’d seen many of the people camped there but didn’t know them well yet. She walked me over to the group and introduced me, explaining my extra muscle story in the process. This fascinated the people at the picnic tables and we immediately began talking together about all of our lives off the trail and our hikes so far.

T-Pain turned out to be particularly friendly and began working on a trail name for me while we cooked dinner.

With a stomach full of couscous, I said goodnight to my new friends and pulled my quilt over me, feeling like I belonged on the trail for the first time this season. Laura had changed my entire experience with one friendly introduction. 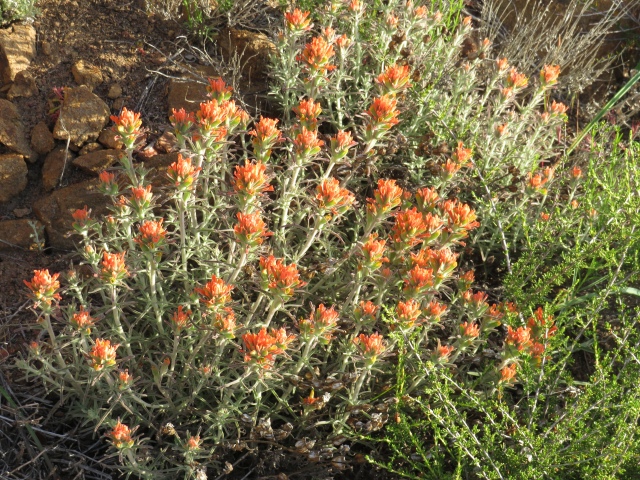 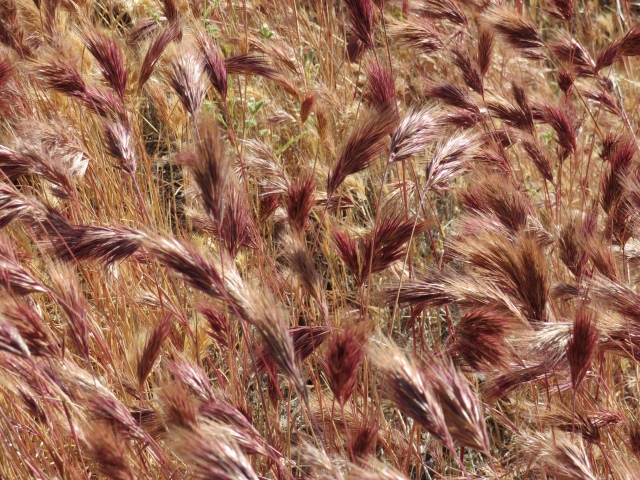 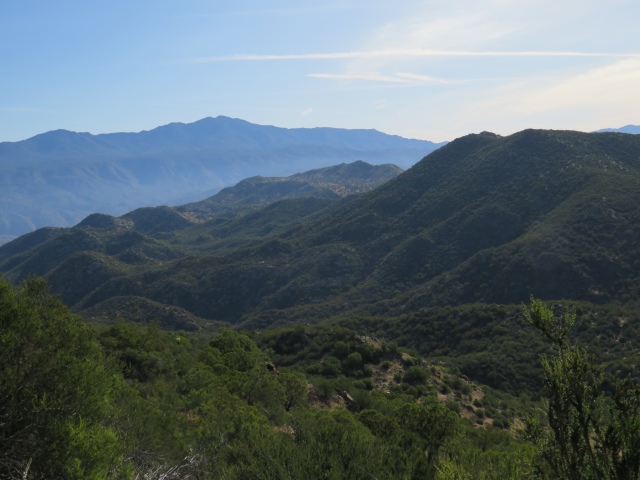 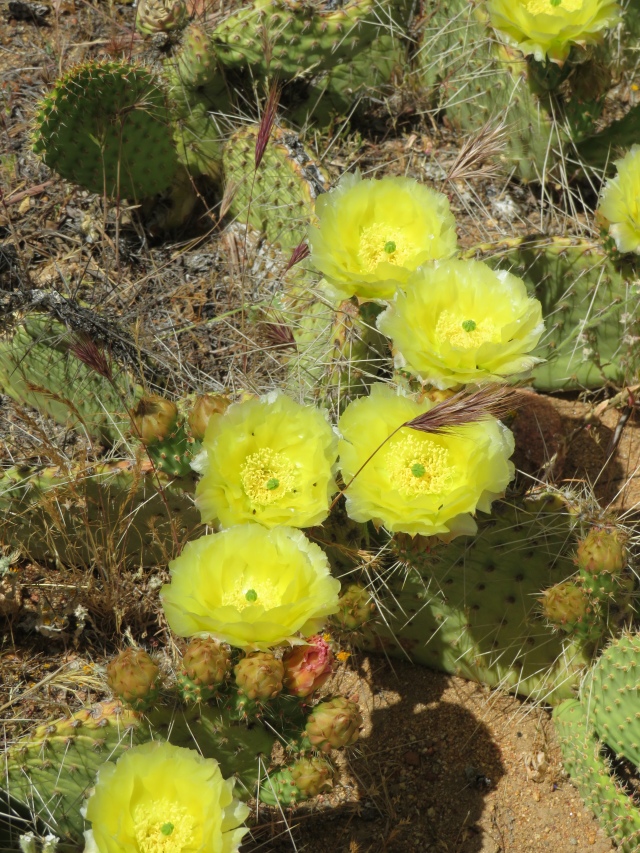 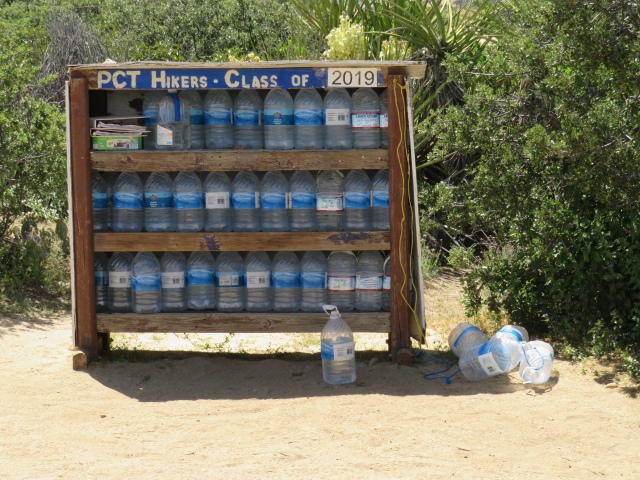