Bring on the Drugs

In the dark morning, I met Danish and 70/30 (Hiccup recently changed his trail name by popular demand after he was asked about the odds that a mysterious stain on his pants was attributable to tuna juice and offered “70/30” as the answer) to hike the 8 miles to Highway 58 where we planned to catch a bus to Tehachapi. To make the morning bus to town, we had to hike at a brisk 3 miles per hour.

On our way into the wind farm, Eleven, another hiker who we met on our walk along the aqueduct, passed us. She was walking faster than any hiker I’d seen on trail so far, and the Danes and I struggled to keep up with her as she raced through the wind turbines. It felt as though we were running, and yet she seemed always to be pulling away.

When we finally made it to the road on the other side of the wind farm, Danish checked his gps and told me we’d been walking an average of 3.8 miles per hour (nearly a whole mile per hour faster than my normal pace!). We actually had time to sit by the side of the road and relax for half an hour before the bus came.

The infected bug bite that had forced me to seek out antibiotics in Banning, over 300 miles prior, was beginning to flare up again. On the bus to Tehachapi, I called my doctor and my insurance company for advice and decided to stay on the bus until it reached Bakersfield, where I could find an urgent care clinic.

Although it was frustrating to spend a whole day attending to a problem I thought I’d already solved while my friends were eating pastries from the famous bakery in Tehachapi, my trip to Bakersfield went remarkably smoothly. The bus station turned out to be only a couple blocks from the clinic I planned to visit. While I was having my blood drawn, I asked the nurse for a restaurant recommendation and was sent to a busy cafe across the street where I had a delicious omelette and a raspberry milkshake. I then walked to a nearby drug store to pick up my three week (!!) dose of antibiotics and finally completed my small loop by returning to the bus station. The whole endeavor took only about three hours.

Back in Tehachapi, we celebrated 70/30’s birthday slightly early by having dinner at a mediterranean restaurant where our party of 15 was so large we had to carry tables outside onto the sidewalk. After dinner, our trail family held a meeting in the motel hot tub to discuss plans for the Sierra, but it soon became evident that many people had either not done their research or were unwilling to make a decision until they absolutely had to. Personally, I had been convinced by my phone discussion with Jack, the PCTA’s Trail Information Specialist, that flipping to Canada and completing the hike southbound offered the best chance of safety and success.

Although my original plan had been to hike out early the next morning with the Danes to tackle some long days toward Walker Pass, I decided at the last minute to take a full zero day in town to complete some chores I had not yet been able to accomplish due to my detour to Bakersfield. 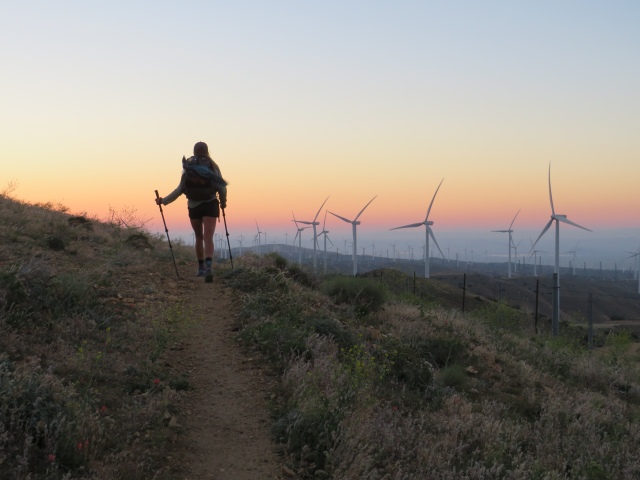 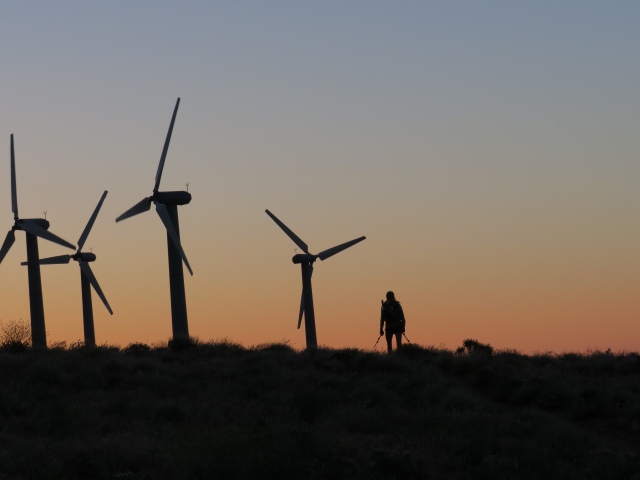 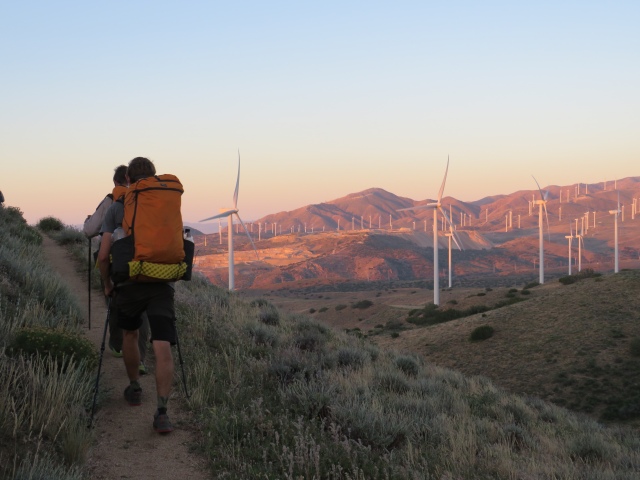 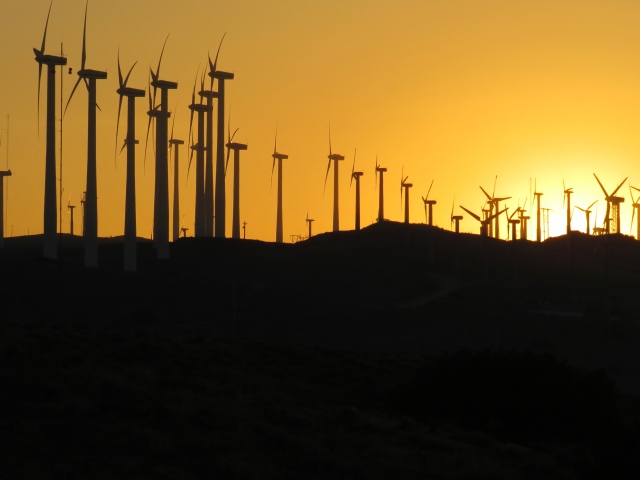 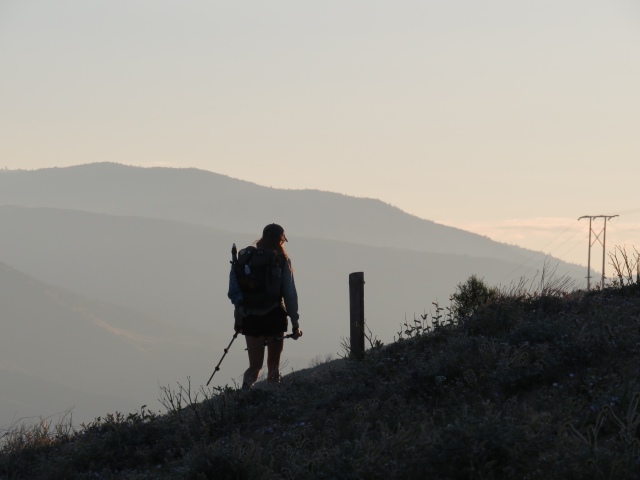 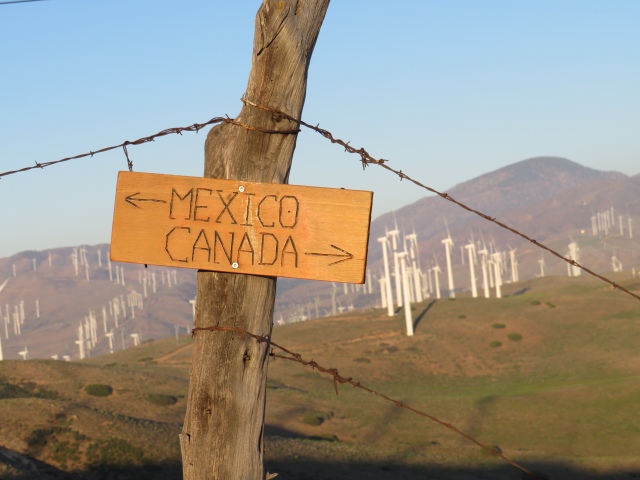 As if we didn’t know? 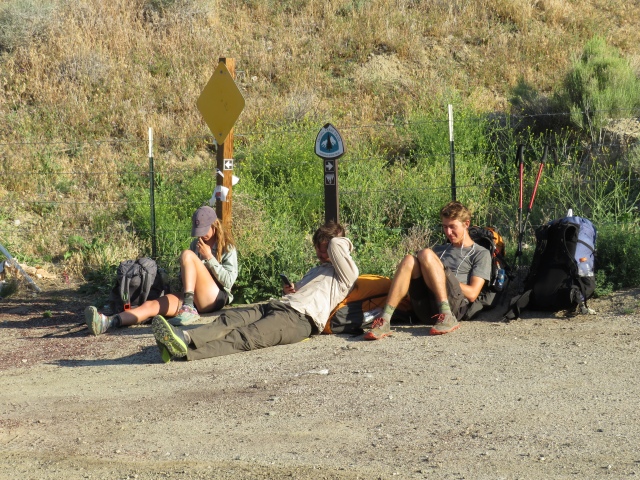 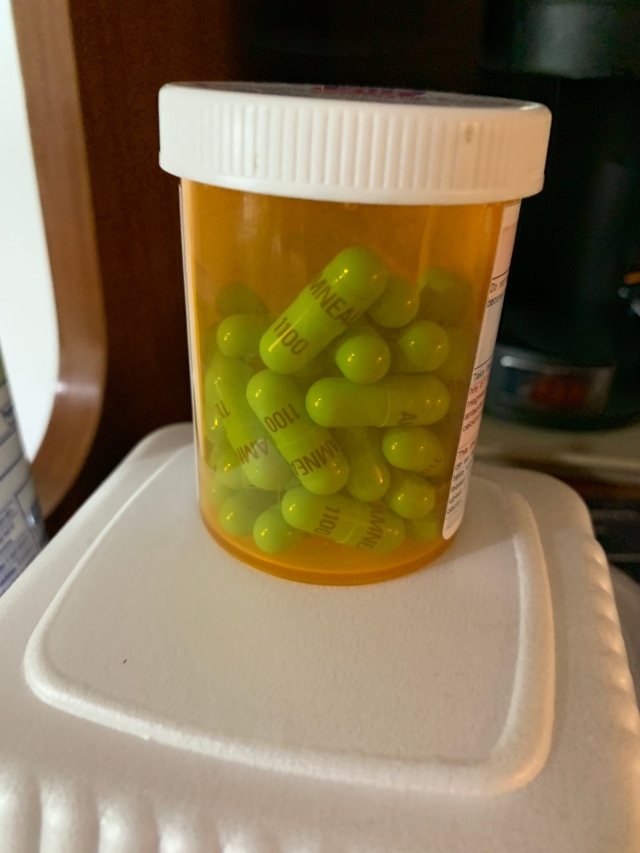 It’ll be so much fun to take these twice a day for 21 days, especially considering I’m not allowed to eat for two hours before and after taking them…

1 Response to Bring on the Drugs